What we do locally

What we do nationally

What we do internationally

The #CareCantWait campaign launched in early June by hospital consultants highlights the increasing waiting times for outpatient appointments in Ireland.

Currently, more than 550,000 patients are waiting to see a consultant for an outpatient appointment and a further 70,000 who have been assessed by a consultant are awaiting follow-on treatment.

In a recent survey of our members, 50% are waiting for an outpatient appointment for more than 6 months, with many waiting for years. 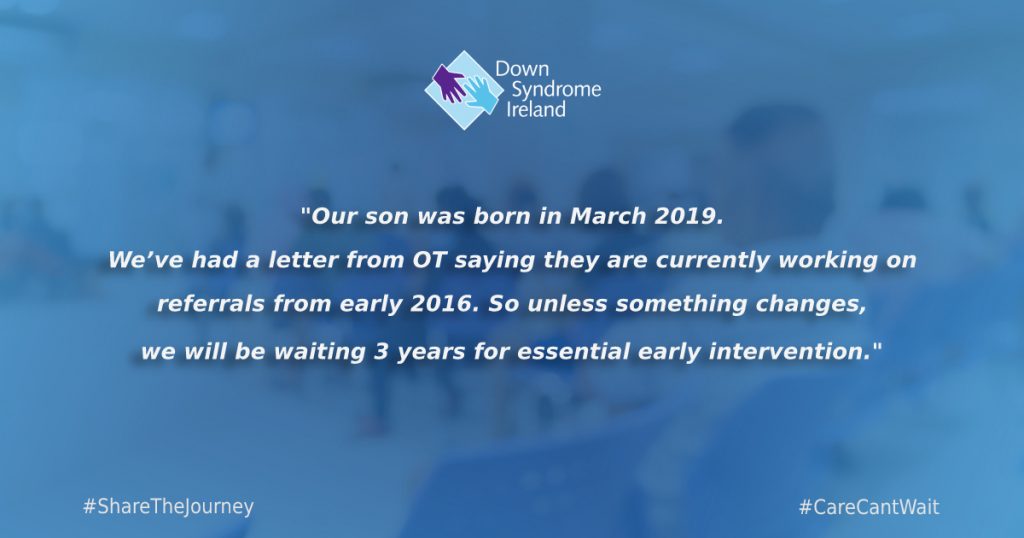 The knock on effects of delayed treatment are costly, both for the person and for society.

The campaign that the Irish Hospital Consultants Association (IHCA) is running over the coming months will emphasise the impact of long waiting times on patients and the need to address the lack of new consultants in the country.

We at Down Syndrome Ireland have been voicing some of the concerns that our members have shared with us regarding the current waiting times.

Vision & Glasses for people with Down syndrome

In the current crisis, many people are using screens more, both for learning and for entertainment, so it’s very important to be aware of eye…

We are delighted to be able to share the wonderful news that Margaret Killoran has recovered from Covid-19. Margaret is in her forties and from Tubbercurry in Sligo.…

The HSE Community Operations newsletter is an accessible and user-friendly means of understanding the currently issued Guidance Documents, videos and webinars that have been developed…